Winston-Salem, NC —Local marketing agency Wildfire is currently featured in the online complement to leading trade journal Communications Arts magazine, commarts.com, for their brand identity work for Brothers restaurant. Creative pieces, including the new brand mark, visual identity, menus, uniforms and website, have been spotlighted within the site’s Exhibit feature, which showcases new and innovative projects in graphic design and advertising from around the world.

The brand’s new identity is very much rooted in the balanced personalities of Brothers owners John and Buddy Milner, who originally engaged Wildfire as their agency partner in 2012 for their first restaurant venture, Milner’s American Southern.

“The big brother is quiet and serious, while the younger brother is lighthearted and quick to tell a joke,“ explains Chief Creative Officer Mike Grice, adding, “The new brand captures both personalities—it’s both raw and refined, combining natural and industrial elements to celebrate sophisticated flavors in a fun, laid-back environment.”

The restaurant’s new menu, featuring new American cuisine with a creative twist, has certainly lived up to the image as well. Brothers was voted Best New Restaurant in the 2013 Winston-Salem Journal Readers Choice Awards. 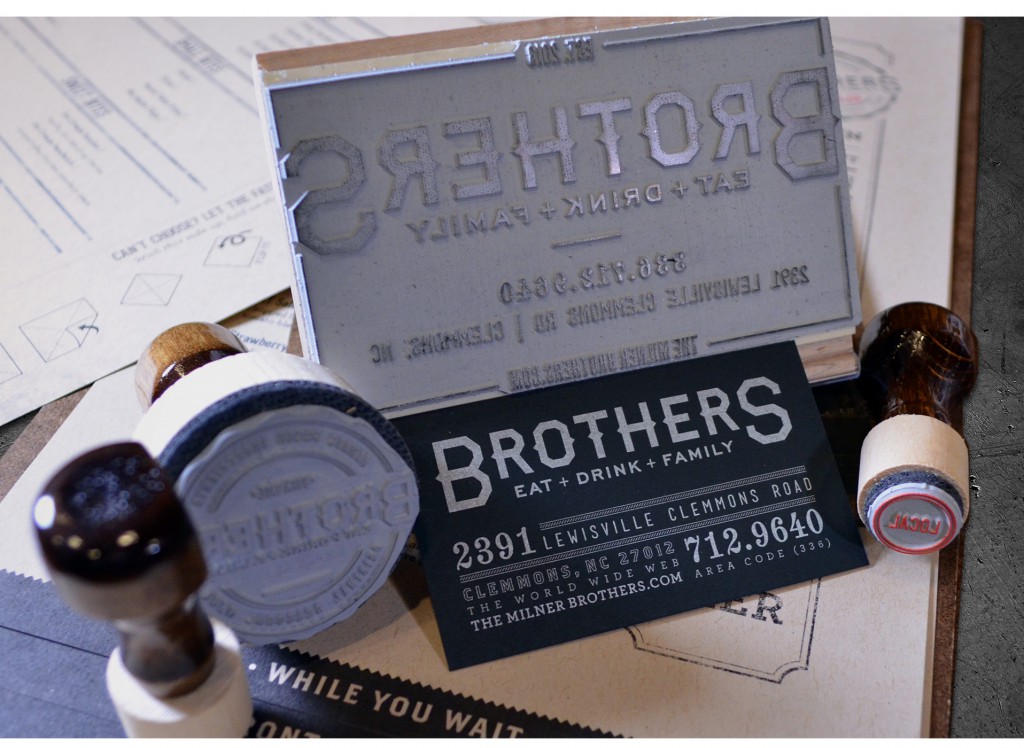